Hi all! Just back from Comics Forum 2015 (and the associated Thought Bubble convention) in Leeds, UK. A thoroughly splendid two days of comics discussion and antics (and another wonderful two days at Thought Bubble, with yet more antics and great comics discoveries)! In lieu of a formal write-up, let me placate you instead with scans of my visual notes from all the panels I attended. There were two streams for the most part, so this is only half of the interesting variety of papers given. To make things more fun, I have not grouped these notes in their respective panels, choosing instead letting each image/summary speak for itself.

Apologies to anyone I have depicted for the general lack of likeness, and for my reductive misrepresentations of what were detailed and rich discussions on a wide range of topics. I hope, nonetheless, these give some flavour of the event. 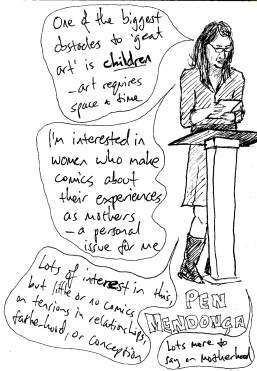 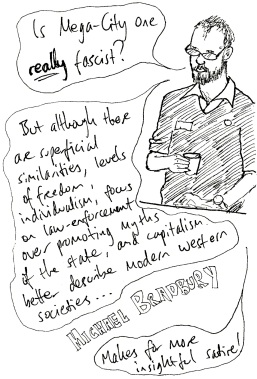 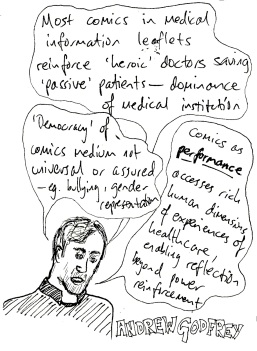 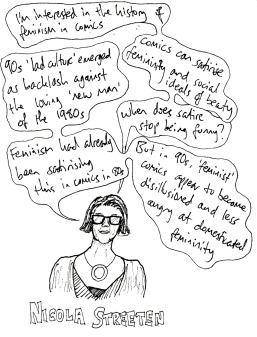 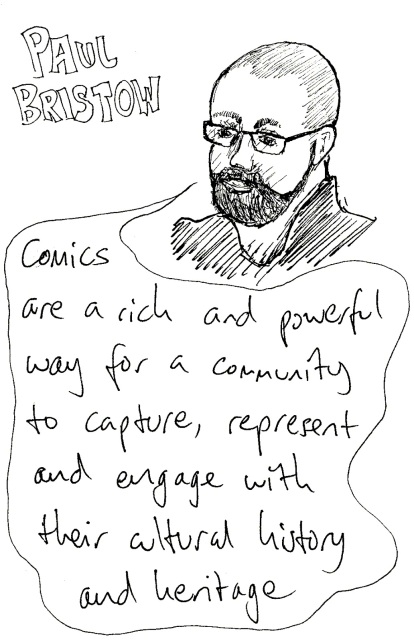 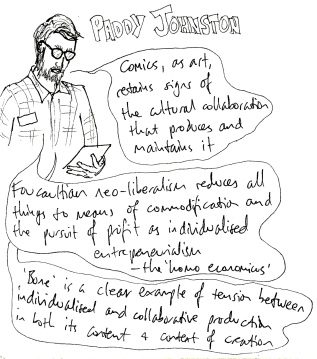 Thomas Giddens is senior lecturer in law at St Mary’s University, Twickenham. He researches critical, comics, and cultural legal studies. His most recent work is 'On Comics and Legal Aesthetics: Multimodality and the Haunted Mask of Knowing' (Routledge 2018). He founded the Graphic Justice Research Alliance in 2013 and edited the collection 'Graphic Justice: Intersections of Comics and Law' (Routledge 2015). He also edits the on-going 'Graphic Justice' special collection at The Comics Grid: Journal of Comics Scholarship (www.comicsgrid.com) and is a founding Co-Director of St Mary's Centre for Law and Culture. View all posts by Thomas Giddens